Leung plays classical, contemporary songs on a variety of Chinese instruments he makes in his garage.

CHICAGO — The pandemic made a trip to China to cover the Olympic host country difficult. So we pivoted and found the Spirit of China stories right here at home in the United States.

We traveled to Chinatowns in New York City, San Francisco and Chicago and learned so much about Chinese culture, tasted amazing Chinese food and met many interesting Chinese Americans.

One of the people we met on our journey was a musician in Chicago. Kerry Leung calls himself a “one-man band.”

“Most Chinese musicians play only one instrument. I don’t know why I picked so many,” said Kerry Leung. “I’m not only a musician. I’m an instrument maker.”

Kerry Leung makes Chinese instruments in his Chicago garage and performs at events.

Leung plays classical, contemporary songs on a variety of Chinese instruments including a two-stringed bowed instrument called the erhu.

Leung also plays a stringed instrument called the Pipa and a bamboo flute. 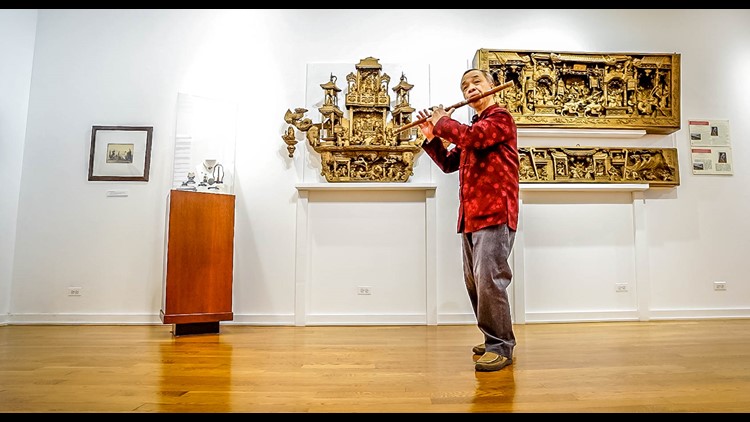 Over the next two and a half weeks, I will take you to New York, San Francisco and Chicago. We want you to see the “Spirit of China” and meet interesting Chinese Americans. Watch our stories during “Journey to Beijing” and “The Olympic Zone.” Those special shows air Monday through Saturday beginning at 7pm on Channel 13.

The “Spirit of China” series highlights the culture of Chinese-Americans across the United States. Learn about the people, the history and the challenges of Chinatowns in Chicago, New York and San Francisco while the world focuses on the Winter Olympics in Beijing.

Cooking Oil Exports to Resume from May 23: President Jokowi

Learn how to make homemade gyros in virtual cooking class